This lab allows students to learn about two forms of passive transport, diffusion and osmosis, and compare and contrast the similarities and differences between the two processes. Students will first investigate the process of diffusion, and determine the effect of solution temperature on the rate of diffusion of a solute. Then, they will set up an environment that is likely to facilitate osmosis, and gather data to determine whether or not osmosis occurred over a set period of time. Kit contains an Instruction Manual and enough material for 2 groups of students.

Aligned to the Next Generation Science Standards (NGSS)*

Be the first to write your review ! 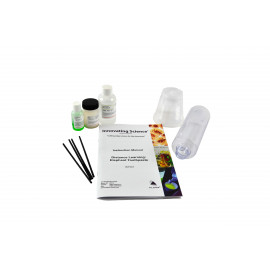 This activity is a fun, safe way to teach students the effect a catalyst has on a chemical reaction. 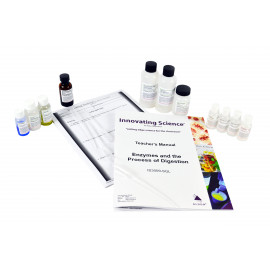 Contains enough materials for 5 groups. With this activity, students will be able to expose three nutrients (carbohydrates, proteins, and lipids) to different digestive enzymes 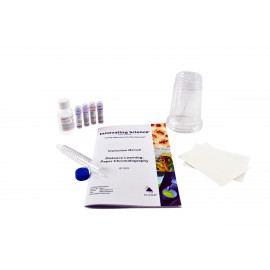 In this activity, students will perform paper chromatography on three individual dyes, along with a mixture of dyes, to determine the composition of the mixture.

Learn the role of the kidney in blood filtration and waste removal along with the many functional tasks performed by nephrons, as well as nephron structure 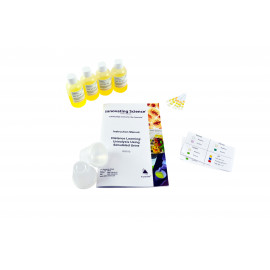 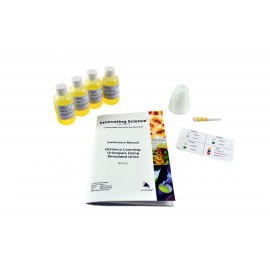 In this activity, students will perform a urinalysis on four different samples of simulated urine. 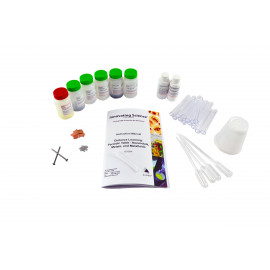 In this lab students will learn about three different categories of elements – metals, nonmetals, and metalloids. 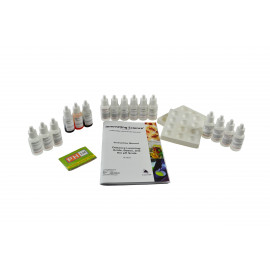 In this lab, students will gain an understanding of the basic differences between the properties of acids and bases, learn the role of hydrogen and hydroxide ions in acidic and basic substances,... 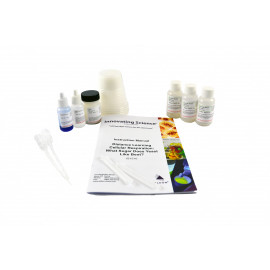 In this experiment, students will expose living yeast cells to three different sugars-glucose, sucrose, and lactose.